10% off when you buy 6 bottles!
Wineries/Raimat

Raimat's history dates back to 1914, when Don Manuel Raventós i Doménech, owner at the time of the historic Codorníu, acquired lands which had been arid and barren until then, lying in what is nowadays the Costers del Segre denomination, in the province of Lleida. After a costly process involving desalination, soil conditioning, and a mammoth task of hydraulic engineering, today Raimat partakes of pure water sourced from melted snow in the Pyrenees. It's a pioneering winery in vine-growing and wine-making techniques, a true flagship in programmes supporting sustainability and the environment, and one of the most cutting-edge centres for wine research and development in Europe. The winery, built in 1918 by the modernist architect Rubio i Bellver, a disciple of Antoni Gaudí, was enlarged in 1988 by Domingo Triay, who had a hill demolished so that the barrel room could be placed underground, integrated into its natural setting beneath a vineyard of Cabernet Sauvignon.

Raimat is today the largest vineyard in Europe owned by a single family and constitutes on its own a specific sub-zone within the Costers del Segre denomination, sharing its characteristic continental climate of dry summers and strongly contrasting day and night temperatures, although tempered by a Mediterranean influence. The estate's 2,245 hectares are divided into individual parcels which are treated in accordance with their particular characteristics in order to extract their maximum expression. With 100% of the vineyards certified as sustainable, the viticulture of these parcels gives rise to wines which combine respect for their origins and soil typicity, extremely well-suited to contemporary tastes. Raimat grows native varieties such as Xarel·lo, Tempranillo and Albariño, but has also been a pioneer in the introduction of international varieties such as Chardonnay, Merlot and Cabernet Sauvignon.

A century after its foundation, Raimat demonstrates the excellent work and dedication of its team by means of its various collections, some very well-known already, others more recent: Clamor, Abadia, Terra, Castell de Raimat, Vallcorba and Raimat Cava, comprising an extensive range of wines and Cavas with a very good price-quality relationship.

Raimat belongs to the Codorníu Group, which has many projects in other denominations in Spain and worldwide, totalling more than 3,000 hectares of vineyards in its possession: Masia Bach (Catalunya), Scala Dei (Priorat), Abadia de Poblet (Conca de Barberà), Bodegas Bilbaínas (Rioja), Legaris (Ribera del Duero), Séptima (Mendoza, Argentina), Artesa (Napa Valley) and Nuviana (Valle del Cinca). Present in all 5 continents and with a team consisting of over 800 personnel, in just the last few years, the Codorníu Group's catalogue has received in excess of 150 international awards for its wines and Cavas. 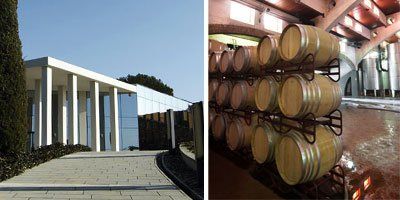 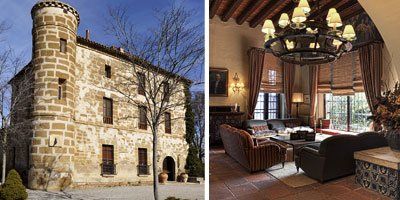