We are sorry for any inconvenience this may cause you and hope to see you back on our e-commerce very soon.
Due Palme, 15% off the great Primitivos, the Italian Malbec18h 48m 30s
Home/Wineries/Tenuta Il Poggione 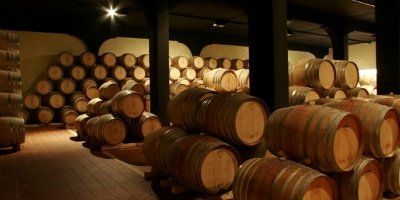 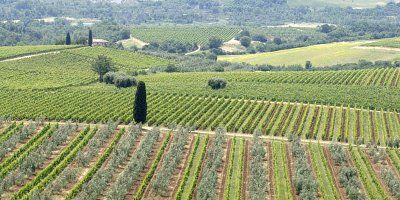 Tenuta Il Poggione, now one of the largest wineries in the Montalcino municipality, extends over nearly 600 hectares divided into vineyards (125 ha), olive groves (70 ha), and other agricultural lands and forests.

The winery is founded on the care and special attention dedicated to producing fine red wines, but also on being engaged in diversified and environmentally friendly agriculture, in which the vineyard alternates with other crops, and where wild animals are allowed to live in their natural habitat.

Although Il Poggione carries out its harvests manually and makes its wines by means of traditional methods, the use of the most modern and cutting-edge technology also forms part of the winery's philosophy. The new installations, built in 2004 right in the middle of the estate, enable the whole wine production process to be controlled using the most sophisticated technology; underneath them, 5 metres below ground, the winery's great reds age in French oak barrels.