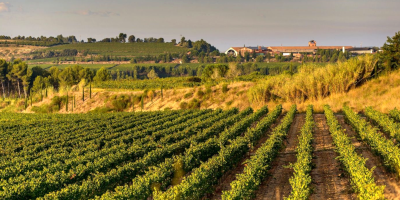 The history of Juvé & Camps goes all the way back to 1796 when the meticulous and restless wine-grower Joan Juvé Mir laid the foundations of the company. Years later, in 1921,...

The history of Juvé & Camps goes all the way back to 1796 when the meticulous and restless wine-grower Joan Juvé Mir laid the foundations of the company. Years later, in 1921, his grandson, Antoni Juvé Escaiola, together with his wife set up the underground installations at the winery in Sant Sadurní d’Anoia to begin production of the first sparkling wine under the label Juvé. In 1940 Josep and Joan Juvé Camps, the sons of Joan and Teresa, joined the management of the family business and went on to extend the winery and underground cellars in 1960, as well as introducing modern techniques such as temperature control and pneumatic presses.

The first bottle of Gran Juvé Camps was released in 1972, an extraordinary Gran Reserva Brut Nature produced using grapes from the wonderful Espiells vineyard. Since then, it has only been produced in years with an exceptionally good vintage. The Juvé & Camps Reserva de la Familia first saw the light in 1976, a cava originally created just for the Juvé family itself but over time it has become the most popular Gran Reserva Brut Nature in the world. The family decided to make a firm commitment to the international market in 1982 and their cavas are now sold around the world. They started the construction of new wine-making  cellars in the family-owned  Espiells, estate in 1991, intended for the production of base wines for cava and the ageing of still wines. Since then, they have brought out Milesimé (1999), their first single-variety Chardonnay cava, Blanc de Noirs (2011), and La Capella (2015), a top-range high expression cava aged for 108 months.

The reconversion to organic agricultural methods started in 2010 was completed five years later, in 2015. At present Juvé & Camps cultivate 271 hectares, including 200 hectares of old vines in their largest estate, Espiells, protected from cold north winds by the Montserrat mountains. A spectacular estate where Macabeo and Xarel·lo thrive alongside Chardonnay and Pinot Noir. Their most recent acquisitions are the Mediona, vineyards, located at heights between 500 and 750 metres above sea level, ideal to ensure the local variety Parellada produces wonderfully delicate and balanced grapes. La Cuscona, is a small yet vigorous 17-hectare vineyard on level ground to the south of Sant Sadurní d’Anoia, growing richly aromatic Macabeo grapes, essential for the production of top quality cava.

The winery buildings in Espiells offer an impressive architectural style sitting among vines, similar to traditional Bordeaux châteaus, while the cava cellars in Sant Sadurní d'Anoia are found in underground cellars the family dug out in 1921. Nowadays they have become six levels of underground tunnels whose constant temperatures mean the bottles slowly mature in racks where they are turned manually.

Ever since the winery was founded, grapes have been collected by hand, a family tradition carried out by grape pickers linked to the firm for years and considered to form part of the family, a family dedicated body and soul to creating top quality wines and continue writing the history of their traditional cava firmly rooted in the Penedès landscapes. 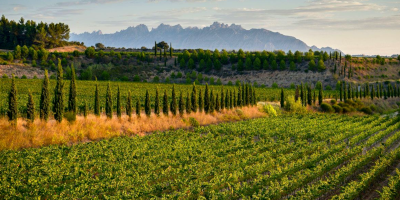