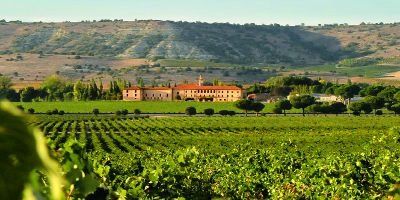 The first written reference alluding to the importance of the Abadía vineyards dates back to the 17th Century, and shows that the wine sold by the monks who were living there dominated the market in Valladolid, Castile’s largest city.

More recently, in the 1970s, the former owners pulled up the vines growing at that time and, after extensive geological studies, they began to replant the land completely with the varietals most suited to each type of terrain.

Since 1996, the year when the winery was founded, until the present day, Abadía Retuerta has been producing wines differentiated not only by their production processes, but above all by the variations in the characteristics of the grapes in the vineyard. At each grape harvest, the quality level offered by the various parcels is established and vinification is adapted accordingly in order to create wines of the highest standard.

The wine-making team consists of Pascal Delbeck, the oenologist at Château Belair (St. Emilion), who has taken a managing role in the project since the start, and Ángel Anozíbar, the only Spanish person with an oenology degree from the University of Bordeaux.

The monastery lands of Santa María de Retuerta extend to a total area of 700 ha. The winery is situated on the plain that falls away down to the bank of the River Duero, 15 km away from Vega Sicilia. The amount of land under vine comprises 206 hectares, all growing red grape varieties: 146 ha of Tempranillo, 40 of Cabernet Sauvignon, 16 of Merlot, 2 of Syrah and 2 of Petit Verdot.

The wide diversity of wine styles offered by Abadía Retuerta gives them the opportunity to provide for every occasion, from simple gatherings for family or friends to special momentous events. Their wines portray perfectly the winery’s identity and the values it upholds.