Summer Wine Fair. Up to 20% off!
Wineries/Perelada

The prestigious and successful Perelada winery with its wide range of excellent wines produced at the emblematic Perelada Castle is run by the business-minded Suqué Mateu family who have not merely been wise enough to make the most of the potential of Empordá, one of the oldest winemaking areas in the Iberian Peninsula, but who have also helped significantly in boosting and promoting winemaking in the region.

For over 25 years Delfí Sanahuja has been the chief oenologist at Perelada. The youngster who studied at the Rovira i Virgili University in Tarragona and went on to gain work experience at both Bodegas Torres and the Perelada winery itself is nowadays the person behind all of the wonderful creations produced by the winery. His vast knowledge and experience has grown with every harvest and he interprets the Empordà terroir like no one else, as well as applying his skills to wine projects other areas in Spain. His wisdom, generosity and amiability are a fundamental pillar of this Catalan winery and its image, known and admired by wine-lovers from all around.

Perelada wines express identity, history and landscape. Wines imbued with the landscape they are created in, rich with local aromas of thyme, rosemary, eucalyptus, pines... aromas especially significant in their Vinos de Finca range of complex terroir wines. And their names and labels are also closely linked to the local environment, the landscape and the winemaking past of the area and the cultural and social patronage activities of the firm. Gran Claustro, is named in recognition of the cloisters of the Carmelite convent annexed to the castle; the Jardins (Gardens) and Cigonyes (storks) ranges are named after the storks which nest in the castle gardens, designed by the French landscape designer François Duvillers in the 19th century; the Blanc Pescador wine is a homage to the Costa Brava fishermen; the Collection label reproduces some of the exclusive pieces from the Museum of Glass and Crystal, housed in the Perelada Castle; and each of the Vinos de Finca wines is named after the vineyards they are produced from: Malaveïna, La Garriga, Espolla, and Garbet.

Another characteristic of the Perelada winery is that they create wines for different kinds of wine-drinkers, ranging from exclusive ones like the emblematic Finca Garbet to wines at much more affordable prices. Perelada offers well-known consolidated wines such as their Gran Claustro or Blanc Pescador, an original semi-sparkling wine and one of the top-selling white wines in Spain. Their wines are exported to over 56 countries and the winery group also includes other projects outside of Empordà (where they also run the small Oliver Conti cellar): Casa Gran del Siurana, in Priorat; Finca La Melonera, in Malaga; the Bodegas Fin de Siglo and Viña Salceda wineries in Rioja; Gran Feudo and Chivite, in Navarre; and the Privat cava range, which was owned by the Alta Alella winery until 2017.

Their latest development involves starting the construction of a new building for the winery beside the medieval castle. The company RCR, from Olot, winners of the Pritzker award, were chosen to design the new building as the purity of their architectural projects and respect for the landscape are along the same lines as the philosophy of Perelada. The new winery will be sustainable and energy-efficient while allowing them to produce over two million bottles of their prestigious wines.

Perelada wines are presently exported to over 56 countries and within the group other projects exist beyond the Empordà: Casa Gran del Siurana, in the Priorat; Finca La Melonera, in Málaga; Bodegas Fin de Siglo in Rioja. 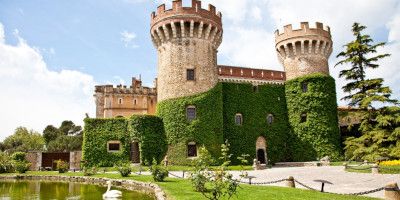 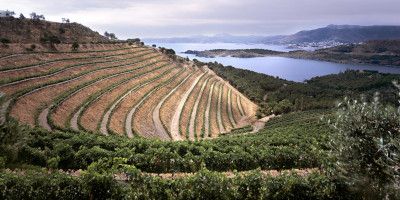