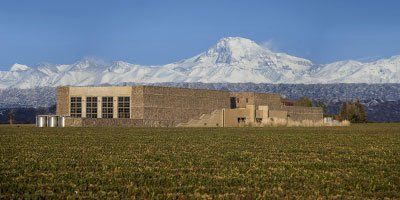 Bodega Séptima belongs to the Codorníu Group, which has many projects in other denominations in Spain and worldwide, totalling more than 3,000 hectares of vineyards in its possession: Raimat (Costers del Segre), Masia Bach (Catalunya), Scala Dei (Priorat), Abadia de Poblet (Conca de Barberà), Bodegas Bilbaínas (Rioja), Legaris (Ribera del Duero), Artesa (Napa Valley) and Nuviana (Valle del Cinca). Present in all 5 continents and with a team consisting of over 800 personnel, in just the last few years, the Codorníu Group's catalogue has received in excess of 150 international awards for its wines and Cavas.