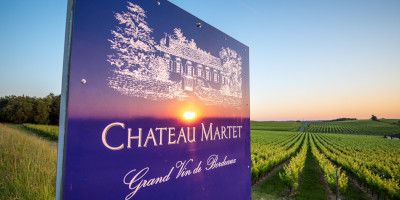 The thirteenth-century monastery at Château Martet was bought by the current owners of the winery in 1991. They immediately decided to focus their work on producing elegant top-quality...

The thirteenth-century monastery at Château Martet was bought by the current owners of the winery in 1991. They immediately decided to focus their work on producing elegant top-quality wines in line with the noble origins of the winery. Only 25 km from Saint-Émilion, their vines thrive in lands which were already renowned for their vine-growing qualities back in Roman times. They own almost 25 hectares of vines on the plains and hillsides of Dordogne, located at a hundred metres above sea-level near the small town of Sainte-Foy-la-Grande. The soil type is mainly chalky-clay although there is loose stone in some of the higher plots.

On acquiring this splendid site, the new owners spent the first two years carefully inspecting and observing the evolution of their vines, before beginning vast restructuring work in 1993 which was eventually complete in 2006. They removed some grape varieties which were struggling to ripen correctly and 2004 saw the last year they produced a Cabernet Sauvignon wine. They now just maintain one hectare of this variety for production of their Martet Clairet wine. They worked on cultivating low vines and planting more to increase their density, as well as maintaining the old plots of Merlot, planted back in the 1960s, to ensure a perfect balance between young and old vines.

Currently, their wines are produced by two authentic artists of the world of wine, the great oenologists Louis Mitjavile and Christian Chaumet. Thanks to them and the wonderful old Merlot vines, the winery's star grape, their Château Martet Réserve de le Famille St Foy 2008 rated ahead of authentic icons of Bordeaux wine such as Lafite Rothschild, Petrus, Mouton Rothschild and Haut-Brion in a blind-tasting test for the Guide Poussart. 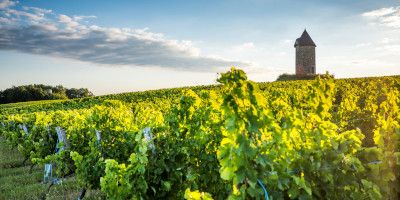