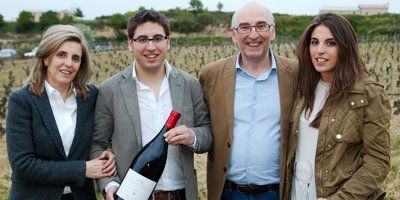 Bodegas Artadi is, in fact, the name by which the Cosecheros Alaveses cooperative is known, a well-orchestrated project that started up in 1985, in which several vine-growing associates became involved...

Bodegas Artadi is, in fact, the name by which the Cosecheros Alaveses cooperative is known, a well-orchestrated project that started up in 1985, in which several vine-growing associates became involved to show that cosechero (young red) wine could also prove to be great wine. They were successful, with their cosecheros and all the other wines they have added to their catalogue. During the 1990s, under the direction of Juan Carlos López de Lacalle, the winery saw its prestige grow, both at a national and international level, and broadened its horizons to include new wine-producing regions, with the creation of Bodegas y Viñedos Artazu (Navarra) and Bodegas y Viñedos El Sequé (Alicante).

Cultivating the vines and seeking the unique personality that reflects a terroir are the fundamentals of each single wine made by the group. By these means they look to convey not only the singularity of the soils and the wine tradition of the local people, but also the distinctive features of the indigenous varieties, such as the Tempranillo in the Rioja Alavesa, the Atlantic Garnacha in Navarra and the Mediterranean Monastrell in Alicante. All this through viticulture based on organic concepts and sustainability which allows the fruit to express itself in all its complexity, with a great wealth of nuances. Their wine production methods also give prominence to the pursuit of this individual character: usage of indigenous yeasts, absence of chemical treatments, operations conducted by gravity flow etc.

The end result are wines with clear-cut fruit and fine tannins from their Rioja Alavesa winery; clean, noble and vigorous in Navarra; exhibiting a flavoursome Mediterranean character and all the savour imparted by the Levante-region undergrowth in their Alicante wines.

NOTE FROM THE BODEGA on the USE OF SCREW TOPS: The Artadi group of bodegas has started using screw tops for its young wines, in the belief that they provide the best conditions for this type of wine. Although at the moment it is quite unusual to come across screw tops or caps in Spain, Artadi has decided to take the initiative and opt for this kind of closure for its young wines: Artadi joven (Rioja Alavesa), Artazuri Tinto (Navarra), Artazuri Rosado (Navarra) and Laderas de El Sequé (Alicante).

For the most recent vintages, Artadi have ended up by discarding synthetic corks for reasons of quality concerning wine preservation. While in contrast, screw tops on bottles of young wines have shown that: (1) they are hermetically sealed, avoiding any contact with the air outside and thereby preserving a young wine’s aromatic characteristics and freshness; (2) they eliminate the risk of unpleasant cork aromas and tastes that can arise if a natural cork has been contaminated; (3) they have proven to be the most convenient option for storage, since bottles may remain in an upright position; and, in complete contrast to natural cork, they do not need to come into direct contact with the wine for it to retain its own special properties. 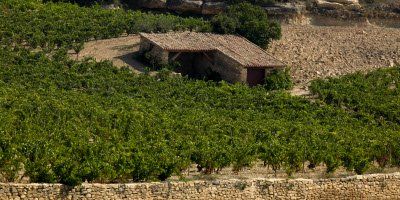