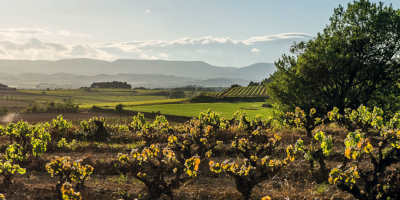 Gramona is one of the most renowned wineries in the Cava sector and possesses a long tradition dating back to 1850. Located in Sant Sadurní d'Anoia, its products succeed in expressing all the elegance...

Gramona is one of the most renowned wineries in the Cava sector and possesses a long tradition dating back to 1850. Located in Sant Sadurní d'Anoia, its products succeed in expressing all the elegance and identity of a markedly Mediterranean terroir and are distinguished by the excellence accruing from the lengthy ageing periods spent in bottle, the common denominator found in the world's finest sparkling wines.

Gramona enjoys a great reputation too for its still wines, especially the whites: wines with great personality and distinction, such as its Gessamí and Mas Escorpí, the new Xarel·lo range, its semi-sparkling Moustillant wines and, with their very special production method, its delicious vanguard Vi de Glass, two sweet wines created in the image of the famous German Eiswein.

The winery's origins started with the Batlle family, a dynasty of vine growers and wine producers who had made wines for years in the winery bearing their name. They knew how to profit from the growing demand for wines on the part of France during the phylloxera plague, with the result that theirs became the number one name in the market. Over the years, they consolidated their position as makers of sparkling wines, following the same path as the Raventós family (Codorniu), and their work became professional, acquiring an expertise in oenology which still continues today to differentiate this house, with research and development projects and the creation of innovative and leading-edge products.

The Gramona surname was incorporated into the family in 1913 with the marriage of the two only children of these two families, Pilar Batlle and Bartolomeu Gramona. In the 1940s, the brand was properly established as such, maintaining however the Batlle name for one of its most emblematic and best Cavas: Celler Batlle. As a result of the two families' union, new parcels passed over to supplement the estate lands which the house already owned. Among these was one of the oldest vineyards in the district, the La Plana finca, the land which gives rise to its most illustrious Cavas, Celler Batlle, III Lustros and the Enoteca range.

Gramona nowadays has more than 150 hectares owned and/or controlled, which make up other parcels of great worth, as well as La Plana: Mas Escorpí, El Serralet, Font Jui and La Solana. They are worked following the precepts of agrology, a discipline which adheres to the principles of organic, biological and biodynamic agriculture, with the white varieties grown being mainly Xarel·lo, Macabeo and Chardonnay, and Pinot Noir the red.

At the present time it is the fifth generation, Jaume and Xavier Gramona, who direct the winery's operations, complementing the long family tradition with their sound proficiency in oenology and business (respectively). Along with them is a team numbering over 50 people, including agriculturalists, biologists, agronomists, oenologists, sommeliers and other members of staff who take day to day charge of maintaining this legacy; and this is done in a new winery, built amongst the vineyards, equipped with the most modern technology and opened in 2001, proving a remarkable example of sustainability due to its bioclimatic architecture and integration with the landscape. 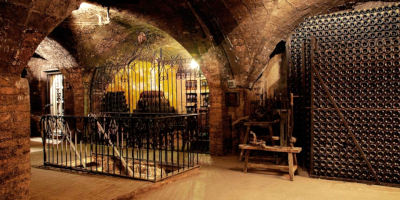