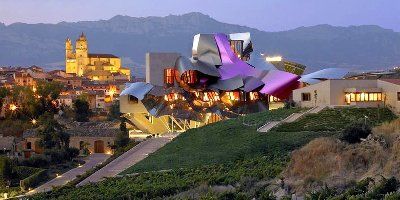 Marqués de Riscal's history began in 1858 when its founder, Camilo Hurtado de Amézaga, started to apply in Elciego wine-making techniques employed in Bordeaux. Jean Pineau, the master winemaker at Château Lanessan in the Haut Medoc, gave his professional advice to the then sixth Marquis of Riscal regarding the production of wines following the French system, therefore abandoning the rough and rather unrefined style of Rioja wine and thus establishing La Rioja's first modern winery. In 1862 it commenced bottling the first wines, and then in 1895 it became the first non-French winery to obtain the distinction of receiving the Diploma of Honour at the Bordeaux Exhibition.

Marqués de Riscal was responsible for introducing many innovations into the industry of that time: experimenting with international varieties imported from France (Cabernet Sauvignon, Malbec, Sémillon Rouge...); harvesting according to the level of grape ripeness and not at the bugle call, as had been customary in Elciego until then; the wire mesh which covered the bottles and avoided them being filled fraudulently; the wooden fermentation vats; the use of 225-litre barrels; bottles placed horizontally... In the 1920s, when no winery was keeping stocks of bottled wine, Marqués de Riscal had already amassed thousands of bottles from different years in storage, and nowadays it's the world's biggest stockist of old vintages.

As part of its business venture, in the early years of this century, Marqués de Riscal embarked upon an ultra-modern winery project that consisted of remodelling the whole area surrounding the old bodega and constructing the so-called Wine City: a winery boasting the most up-to-date technology and a leisure complex housed in a modern building designed by Frank Gehry, which has now become the company's mark of excellence, and includes a hotel and two restaurants.

In the Rioja Alavesa, the company's wine production is carried out from 1,500 ha of vineyards in Elciego, Leza, Laguardia and Villabuena de Álava, with 500 ha owned and 985 under its control. Since 1972, the company has also been making wines in Rueda, where it instigated the creation of Rueda's denomination of origin back in the 1980s; it owns 205 ha there and has a lease on 250 more. It can also lay claim to 200 ha in the Zamora municipalities of Toro and San Román de Hornija, where it produces reds in the lands of Castile y León.

In 2011, Riscal was chosen as one of the 10 most esteemed wine brands in the world by the prestigious Drinks International publication, and in 2013 the Wine Enthusiast magazine gave it the title of Best European Winery. Without a doubt, it's an important historic reference point which continues today to lead from the front. 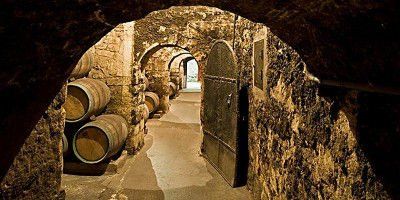