La Montesa is a well-defined, refined wine, signed by the Palacios family, wine artisans wherever th...

La Montesa is a well-defined, refined wine, signed by the Palacios family, wine artisans wherever they make it, in the Priorat, Bierzo or La Rioja. With a little more Grenache added to each vintage, it is a flavoursome and refreshing wine, raised on the radiant slopes of Mount Yerga, in the highest part of the Alfaro municipality, in 'La Rioja Oriental'. In the words of Luis Gutiérrez, "The quality/price champion 2018".

La Montesa is produced from vineyards covering over 90 hectares of chalky-clay soils in Rioja Oriental (previously known as Rioja Baja) at a height of 550 metres above sea level. The pebble-covered soils are worked using organic agriculture methods and enjoy a clearly Mediterranean climate with Atlantic influences which emphasize day/night temperature differences. Yields are kept low to ensure the wine's quality. Grapes are harvested by hand early in the morning during most of the month of October, and the must ferments with wild yeast under the watchful eye of Álvaro Palacios. It is then macerated with skins for 35-40 days and aged in wood. Finally, the wine is bottled just as it comes, unfiltered, unclarified and unstabilized.

Ever since the 2017 vintage, La Montesa vines have held the official organic agriculture certificate. Hours of work and effort have gone into making it one of the organic wines with the largest production in the world.

It has a moderately dense claret colour and delights the nose with wild red fruits, flowers, and spicy hints from its time in wood. Elegantly tantalizing in the mouth, it is a fine, fresh, subtle and delicate wine offering polished tannins and intense and deep flavours – toasted notes also appear, alongside hints of undergrowth and fallen leaves. Despite its large-scale production (650,000 bottles a year), La Montesa is a guarantee of quality year after year, deservedly winning its place among the list of best-value-for-money wines. A wine worth so much more than its price.

I suspect this is fast becoming one of the jewels of the recently re-christened Rioja Orientale. Surprise, surprise, it is not a Temperanillo blend, but almost pure (95%) Garnacha grown higher up in the far east of La Rioja close to the border with Navarre. It has a beautiful deep ruby colour and is silky smooth on the palate. I managed to get a half case on offer for under €10.00 per bottle - which is extraordinary value for red wines under the care of the Palacios dynasty. Will be buying by the full case next time.

Reviews rate this bottle highly and now I know why.

Reviews rate this bottle highly and now I know why. A lighter cherry colour on pouring. Clear around edges. Doesn't cling to the glass as much as I would expect for a 14%. Medium bodied with beautiful balance of fruit, tannin and acidity. Tastes of cherry and oak with a subtle vanilla aftertaste which lingers long on the tongue. This will appeal to serious and casual red wine drinkers alike. A bargain at the £12 I paid. I wouldn't pay the £17.50 avg vivino price tho. So smooth. So balanced. So drinkable.

This is a lovely wine. Not super exciting or different but just a great Rioja for a good price. Always a go to wine for a mid-week evening drink after work. A little lighter than some of the other wines I buy from Spain but still with good weight. Moreish.

Wonderfully rich and smooth wine. Vinissimus customer service is outstanding. I will definitely buy wine from them again. One bottle was missing from my shipment (it had been repackaged by the courier. Vinissimus sent me an immediate replacement. 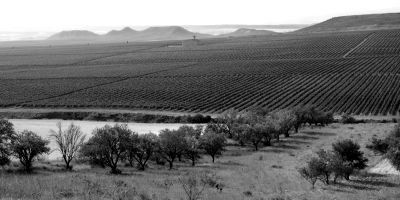 The Palacios family boasts an impressive vinicultural tradition that goes back over the last four generations. However, it was José Palacios Remondo who was really responsible for making the winery what it is today, by planting the best possible selection of La Rioja’s traditional grape varieties, and treating viticulture as his true vocation. Showing great vision for the future, he sent his children (now in charge of the company) to be trained at the best French schools of...