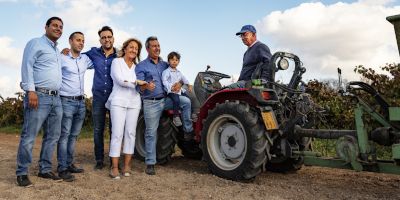 Paolo Leo, born in 1960, grew up in a family where producing wine was an inevitable inheritance; the founder of the family began making wine in the Masseria Monticello at the beginning of the 20t...

Paolo Leo, born in 1960, grew up in a family where producing wine was an inevitable inheritance; the founder of the family began making wine in the Masseria Monticello at the beginning of the 20th century, and it was his son Paolo Leo who inherited the land and built the wine making area in the village. And today it is still an heir, Paolo Leo, Nicola's son, who runs the new winery, together with his wife Roberta and sons Nicola, Stefano, Francesco and Alessandro. The winery is family-run, but is helped by loyal collaborators, which makes it possible to fully share the work.

The cellars occupy a total area of about 24,000 square metres. The first one is located in the heart of Salice Salentino DOC (San Donaci) and the second one, opened in August 2020, is located near the Primitivo di Manduria DOC (Monteparano). They are equipped with an ultra-modern vinification plant, a large cellar and a modern, state-of-the-art bottling line capable of reaching 7,000 bottles per hour. The winery is flanked by a more than 50-hectare farm and a very old 16th century farmhouse surrounded by vineyards.

The vineyards, which cover a considerable area on the mainly tufaceous and calcareous soils of upper Salento - which have been used for thousands of years for vines - are managed according to the principles of sustainable and organic agriculture. There are also old bush vine stocks of about fifty years old. The winery produces over forty labels, all of which are based on a direct, innovative and territorial style. The Salento varietals stand out, with Primitivo and Negroamaro topping the list. 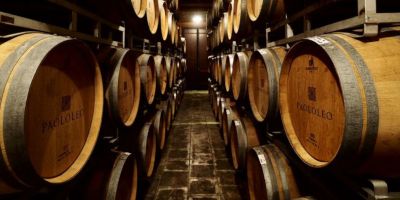