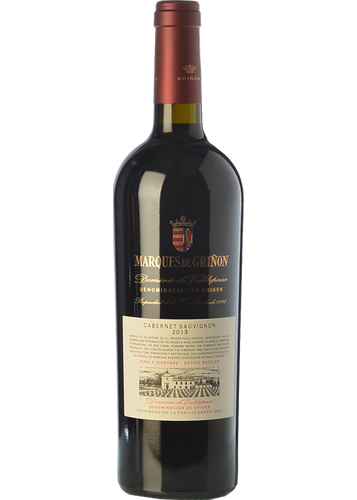 Dominio de Valdepusa was the first single vineyard estate to be recognised as a Denomination of Origin in its own right and its Cabernet Sauvignon was the wine which began forging the legend. It was the first grape that Carlos Falcó, Marquis of Griñón, planted at a time when the variety wasn't popular in Spain. The Marquis travelled to France in search of the best Cabernet Sauvignon clones and planted them on his Toledo estate, thus becoming a real pioneer in working with this variety in Spain. Yet this wasn't the only innovation, since in 1974 he introduced drip irrigation, in order to avoid over-ripening and ensure balance in the grapes, and in 1994 he imported the Smart-Dyson's split canopy system which favours good aeration and maturation of the grapes. In 2014, the Marqués de Griñón Cabernet Sauvignon was selected by the Wine Spectator, to coincide with its 40th anniversary, to figure among the world's 100 most outstanding wines, a distinction easy to comprehend on opening a bottle.

Marqués de Griñón Cabernet Sauvignon is a refined, majestic wine. It has character in abundance and in every sense. The tears are very dense and the colour intense and opaque. The nose conquers right from the start, emitting a multitude of messages hard enough to decipher. It's all perfectly blended in a complex yet harmonious delivery. Hints of toasted malt, dark Porter beer, cocoa, and even After Eights. Coffee liqueur, pencil lead, very ripe black fruit and a surprising whiff of anchovies which seemingly comes from plants surrounding the estate. Broad and long, profound and enveloping. It's weighty but it flows, it's impressive and appears to be endless. Without a shadow of a doubt, one of Spain's finest Cabernet Sauvignons.

Carlos Falcó, the Marquess of Griñon (Marqués de Griñón), is undoubtedly one of the people who has brought the most innovations and care to winemaking in Spain in the last twenty years. One of the first to plant foreign varieties like the Cabernet Sauvignon, he was also a pioneer in introducing Syrah and Petit Verdot into Spain. His vineyards are divided into two estates, Dominio de Valdepusa and El Rincón, where vine-growing is carried out with the utmost respect for...