Pingus is the nickname by which Peter Sisseck was known in his home country of Denmark, and it's also the name of his most sought-after wine. It combines within it all the knowledge acquired by its creator in Bordeaux, California and in the Hacienda Monasterio winery, set in the Ribera del Duero DO itself.

Spain's most expensive wine first appeared in 1995 and since then it hasn't stopped winning high praise and tributes from all the international wine critics. We have here a wine which became a coveted object of desire virtually from the first bottle, so much so that it's not easy to find bottles of Pingus, because the demand is extremely high, despite their price.

All the grapes used in its production are from very old Tinto Fino vines and they've been grown according to organic principles since 2000. In the winery, vinification is a meticulous process, almost artisanal, and checks made on the wines are very thorough, seeking an organoleptic excellence that is undoubtedly achieved with every vintage. The grapes are harvested when very ripe and the must undergoes malolactic fermentation in oak; pumping over is avoided and the lees are stirred. The new oak Bordeaux barrels have gradually been losing pride of place in favour of used wood and large volumes.

Pingus is a deep garnet colour, adorned with a blue-tinged rim. Its fruit is special, extremely intense yet also delicately elegant and fresh. The aromas gained from ageing show it off admirably and prepare the wine for delighting us with every sip. The nose is harmonious and accessible, balsamic and floral. On the palate it's generous and juicy, offering sweet, polished tannins, fine acidity and a structure based on balance; with a nigh-on perfect texture, pure liquid fruit according to Peter Sisseck himself. An uplifting wine, with a powerful and incredibly prolonged finish, which perpetuates its own legend with each single drop. 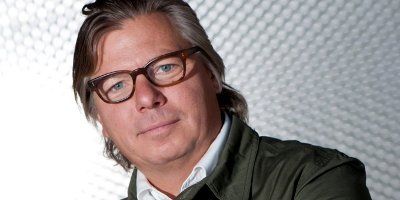 Peter Sisseck is Pingus. An agronomist and oenologist who was born in Copenhagen in 1962, he studied at the University of Bordeaux and worked for several years at some important wineries in the region. Together with his uncle, Peter-Vinding-Diers, he established what came to be known as Bordeaux's 'new wave' white wines. He has worked in California, and currently operates in Spain as oenologist and adviser to Hacienda Monasterio and in Saint-Émilion, Bordeaux, with the project...