Finca Dofí is the last link in the chain before reaching the grandeur of L’Ermita. Containing 95% Garnacha, Álvaro Palacios’s star grape, it is an absolute delight due to the purity of its aromas and most seductive with its irresistible silkiness. On the nose it is totally smooth and elegant, and it simply melts in the mouth; it is dense, rich, concentrated and full of vitality, yet it flows through the palate without a single blemish. A wine that merits a fine burgundy glass so as to enjoy to the full all its charm and crisp freshness. 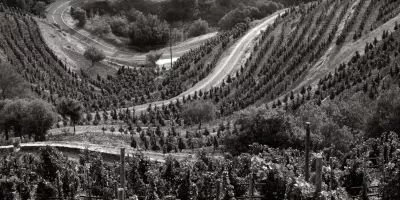