The Valle d'Aosta region is known for its small vineyards and limited production of wine. Wine-making here is a heroic feat with vines clinging to steep hillsides at high altitudes. It has continued through the ages, inheriting traditions from the monasteries and castles which dot the landscape. These wines now reach out far beyond the limits of the valley thanks to their notable international presence. Regarding wine production, alongside the larger cooperative cellars, with their commendable high-quality products, we can now find an ever-growing number of small ingenious independent producers. The local vineyards are typically rich in countless indigenous varieties and thrive on imposing mountain slopes of white stone - excellent allies for the vines due to the range of temperatures found there. The Alpine climate guarantees the vineyards are covered in snow every winter, and that they enjoy the necessary sunlight and temperatures in summer, and sufficient rainfall for a first-rate crop – a prelude to the production of extremely fine wines with depth and an exceptional aromatic complexity.

Only one regional appellation, in Valle d'Aosta, is divided, however, in the development of the valley, into some sub-zones, which boast their own grape varieties and personalities. Valle d'Aosta is also a land of nebbiolo; it is in fact at the entrance to Piedmont that the marvellous heroic Donnas vineyards open up, an incredible jigsaw puzzle of strains clinging to steeply sloping micro-parks, in substantial continuity with the Piedmontese district of Carema. An extreme Nebbiolo, sharp and vertical, capable of standing up to very long ageing.

Proceeding towards the middle valley, and past the Arnad-Montjovet district, known for another Nebbiolo and a very famous lard, the vineyards of Nus and Chambave open up. The first is an area of interesting native grape varieties: the Vien de Nus, red berry, young, quite enveloping and slightly herbaceous, and a beautiful malvasia that finds in withering a particularly convincing expression. The second, that of Chambave, is one of the best-performing areas of the region, capable of producing the greatest sweet wine of the Aosta Valley: a white muscat passito rich in balsamic and vegetable notes, with a taut, enveloping and almond-flavoured palate.

The Torrette area is the closest to the capital, one of the most historic areas of the region's viticulture. The most representative grape variety here is the petit rouge, which contributes at least 70% in the Torrette area. It is found in single variety, especially in the Superiore type, but it is often accompanied by fractions of other native or international vines such as Syrah. Lively, fragrant and full-bodied, with ageing, which can reach a decade, it becomes enveloping, persuasive, balanced by a persistent almond background of excellent aromaticity.

After the last great region of the petit rouge, the Enfer d'Arvier area, proceeding upwards, we come to the last sub-area of the appellation, which represents one of the highest wine-growing areas in Europe. It is Blanc de Morgex et de La Salle. The prié blanc is made from vineyards which, often with an ungrafted vine, usually exceed 1000 metres above sea level, on terraces marvellously exposed to the very dry climate. A leathery grape, resistant to extreme conditions, which gives an uncompromising vertical white with high acidity and evanescent body: a cerebral wine, elegantly citrine and vegetal, which is also being discovered as an excellent classic method sparkling wine base and as a cue for one of the rare Italian icewines.

The Valle d'Aosta DOC includes an inestimable ampelographic heritage, which only in recent years has been the subject of a rediscovery at times archaeological. The protagonists are mainly red berries such as fumin, mayolet, vuillermin, cornalin, prëmetta, which have revealed, in the experiments that have been bottled for some time now, great versatility: reds that can be enjoyed young, of course, but able to give emotions even years after the harvest, accompanying the challenging regional cuisine, made of raclette, game, cheese. Among the native white grape varieties, the petite arvine is particularly at the forefront, a grape that gives great wines for its aromatic, floral, vegetable and rightly aromatic bouquet, and for the balance between acid tension and roundness of body.

But the international grape varieties are now also part of the refined oenology of Valle d'Aosta. Pinot noir and gamay, for example, have found an excellent habitat in the valley, producing some of the best Italian versions. And no less, among the whites, the Pinot Grigio and Chardonnay, with refined expressions in wood that represent some of the top wines of the type in Italy. 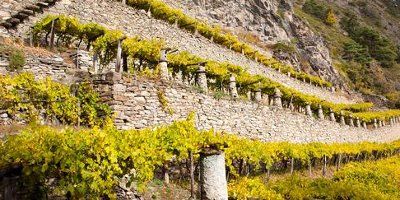 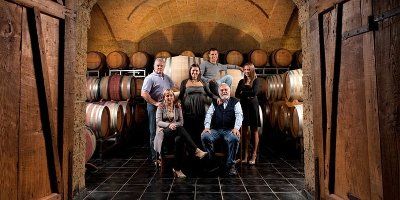 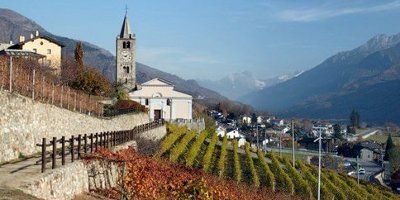 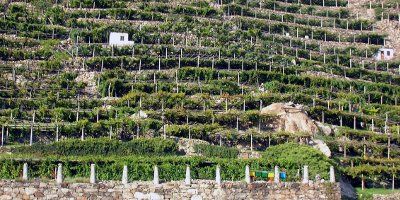 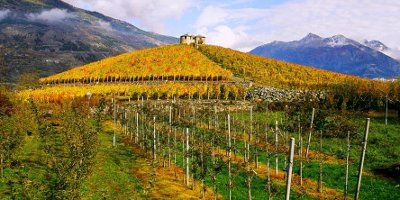 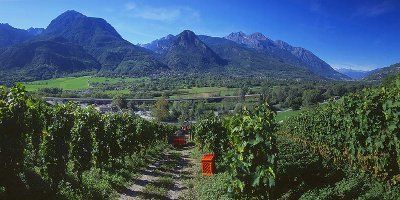 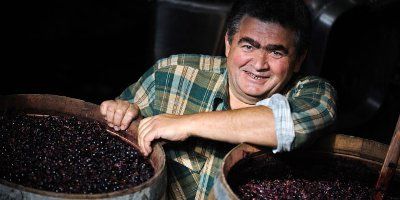 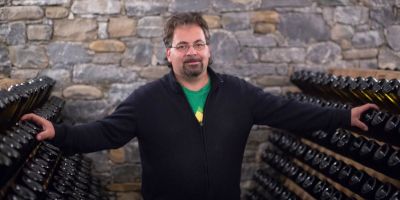