With "I Climat" Vie di Romans wanted to present, in a more true and intimate way, the expr...

With "I Climat" Vie di Romans wanted to present, in a more true and intimate way, the expression of the territorial origin of a wine. For more than thirty years Vie di Romans has been making its grapes respecting and therefore expressing the vineyards of origin. The cru Piere, Vieris, Vie di Romans, Ciampagnis, Dessimis etc. they represent the sensorial expression of the contexts of origin of these grapes with a very recognizable historical trend. With "I Climat" the company wanted to grasp the link between wine and terroir in a deeper way, even more limited to the particularity of a micro environment, characterized by a homogeneous pedoclimatic unity. Each territory expresses in itself a certain variability: it is up to man whether to grasp it in its particular identity or to group it in a generalized way.

Vie di Romans has chosen Chardonnay as the grape variety, a variety that manages to combine itself in a significantly different way with the various soil and climatic environments due to its particular genetic attitude. Wanting to give voice and impetus only to the natural factors of the "climats", we wanted to standardize the wine and oenological management, so that no technical variant on their expressiveness intervenes.

The six different "climats" come from sites identified within the two cru "Vie di Romans" and "Ciampagnis" and are distinguished by the name of the families who in ancient times cultivated the various production sites. In the past the properties were very fragmented and, contrary to the present day, they were cultivated for generations by the same family or by the same property. The experiential path of "I Climat" started several years ago, with an in-depth study of all the pedological, climatic, biological and oenological variables of the different sites and took concrete form in production terms starting from the 2015 vintage. This first vintage is presented after 18 months of élévage on the lees and two years of aging in bottle. Vie di Romans has chosen this long period of maturation to allow the wine to express itself with the true sensory contents that a soil and climate unit is capable of manifesting. 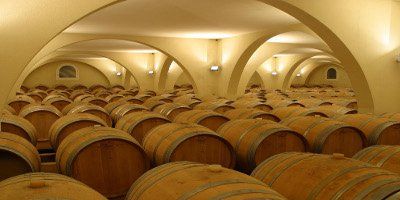 From eco-sustainable vineyards, the Mariano del Friuli's winery works with a very high selection of grapes and an accurate reduction of yields, which produce exciting, clean, territorial and electrifying wines. Gianfranco, with his broad experience and most-updated knowledge, has thus brought his wines from high Isonzo to winning the highest international awards, at ease in competing with the older Loire and Burgundy brothers.