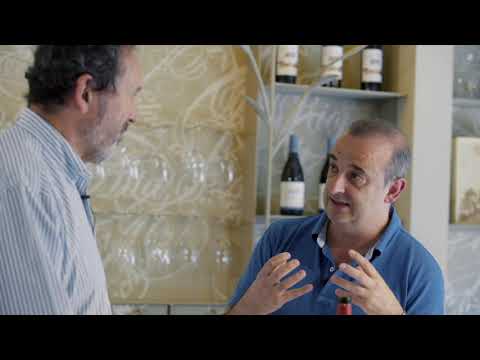 Terroir, serenity, elegance, singularity, timelessness... these are the concepts which Torre de Oña, part of the La Rioja Alta group, intends to identify with, concepts which it wants to convey in its wines, now numbering three after the incorporation of its new creation: Martelo.

At Torre de Oña, work has been ongoing since 1995 by La Rioja Alta to produce wines that would reflect the heterogeneous nature of this estate located in the Rioja Alavesa, with the personality and rusticity typical of the Alavés terroir, but without losing a single iota of the balance, refinement and complexity we've become used to appreciating in its wines from the Rioja Alta, ones which have shown the true mastery of this winery.

Resulting from expertise and knowledge, as well as relentless rigour and an exceptional land of high quality, we've been presented with Martelo, a Reserva wine which is a breath of fresh air, the essence of the Rioja Alavesa terroir, made primarily from Tempranillo (95%) grapes grown on vines aged over 60 years old, accompanied by some Mazuelo, Garnacha and a small amount of Viura.

Pretty OK Rioja, not my favourites

Pretty OK Rioja, but not really my favourite. The taste is not so full, I'm missing full fruity taste typical in my favourite Riojas. OK, but rather expensive.

Smooth and polished, red fruits, a long finish, a very good Rioja from a good producer surprisingly Burgundian in style

For any price point this is an amazing wine. Get it while you can!