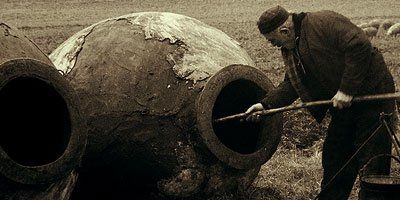 Despite the fact that the people of Georgia were among the first humans to make wine, in present times their wines rarely cross national borders and those of neighbouring countries such as Russia. ...

Despite the fact that the people of Georgia were among the first humans to make wine, in present times their wines rarely cross national borders and those of neighbouring countries such as Russia.

Georgia possesses an enviable wine-producing heritage, with points to note including the 35 authorised varieties (the majority being indigenous) and the use of ancestral winemaking techniques such as ageing the wine in qvevri, earthenware vessels sealed with beeswax and buried below the ground. The majority of their vineyards are situated on south-facing slopes, protected from the icy north winds by the Caucasus Mountains and their vines produce some of the most amazing wines in the world.

Among all these Georgian wineries, one in particular has succeeded in making the leap into the international market and has managed to make great strides against all odds. This is Pheasant's Tears, the winery run by John Wurdeman and Gela Patalishvili in Sighnaghi, in the far east of the country. In 2005, John, an American artist, in pursuit of his two passions, wine and art, arrived in Georgia and came across Gela, a Georgian farmer and vine grower whose family had been producing wine for eight generations. They met by chance while John was painting a vineyard and soon decided upon a very clear objective: to make wines which would preserve ancestral traditions. According to an old Georgian legend, only a magic wine could make a pheasant cry with happiness and, conscious of this ancient aspiration, they carry out their daily work at Pheasant's Tears.

They produce only natural wines, with minimum intervention, and ferment and age the wines in qvevri, just as it was done 6,000 years BC. The qvevri make it possible for the temperature to remain constant naturally throughout the year, enabling the coolness itself of the earth to bring about fermentations.

They work solely with indigenous varieties, wild yeasts and with the best plots, having as their sole objective the production of sublime quality grapes. In accordance with ancient methods of vinification, the most mature stalks are added along with the skins and seeds, both for reds and whites. The period of maceration fluctuates depending upon the varietal and the size of the qvevri, but it generally ranges between three weeks and six months.

The result of such honest-to-goodness processes are incomparable wines, tremendous wines which have not only won over the Vinissimus team, but also such renowned sommeliers as Josep Roca, co-proprietor and sommelier of El Celler de Can Roca, who dedicated a chapter of his book, Tras las Viñas, to the Pheasant's Tears wines. 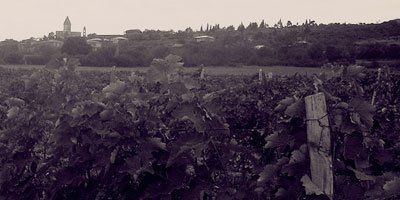