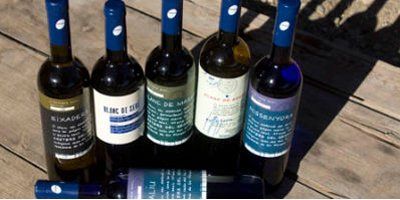 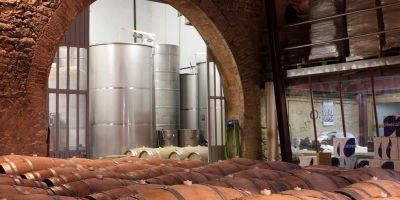 Starting up in 1974, in Vallbona de les Monges, Cooperativa L'Olivera has proved through its efforts that not only can wines of great quality be produced with the local indigenous varietals, but it is also possible to foster the social integration of people who suffer from a physical disability or mental illness.

To make their wines, this winery has at its disposal grapes from its own vineyards, some 20 hectares of vineyards scattered in small parcels in the sub-zone of Costers del Segre known as “Valls del Riu Corb”, giving rise to the best wines of this denomination, thanks to its own special microclimate: it lies in the most southerly part of the denomination, and in spite of having a continental climate, the “marinada”, the sea breeze that comes off the Mediterranean and starts blowing mid-afternoon, drives out the day-time heat and refreshes the grapes, thus favouring a slow and optimum ripening of the fruit.

Hand-crafted work that still has recourse to technology, using some increasingly more specific micro-vinification processes, and strict temperature controls throughout the whole vinification and ageing process are other key merits; in addition to organic viticulture, certified by the CCPAE (Catalan Council for Organic Farming) since the 2011 vintage, and an impeccable presentation (the labels are the handiwork of the great designer Claret Serrahima, who is very closely involved with the project run by this Cooperative).