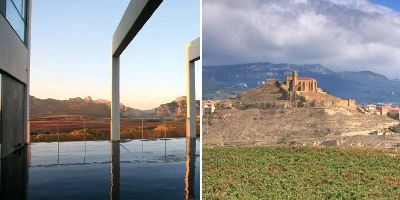 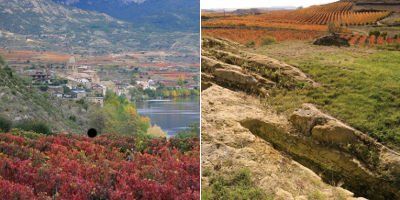 The Tobelos winery, known in the beginning as La Encina, is the handiwork of Ricardo Reinoso, who has been principally behind it. At the end of the 1990s, after a large amount of experience running several Rioja wineries, he decided to start up his own project with the concept in mind of a winery that would combine classicism and modernity, as well as tradition and avant-gardism.

Making a complete break from the classic style bodega in its construction, the building is located in the town of Briñas, 2 km from Haro, in one of the most traditional wine-growing areas of La Rioja, at the foot of the Sierra Cantabria and Obarenes mountains, affording magnificent views over the coursing River Ebro. The vineyards, spread out around the bodega, undergo traditional practices of viticulture, with vines grown in small parcels, green pruning and harvesting the grapes by hand. The wine-making process takes place in truncated cone-shaped tanks and wooden vats, and there is a small micro-vinification cellar, a real boost for R+D, where the oenologist, Adriana Laucirica, a firm believer in the need to get back to basics, continually tries out different wine-making techniques to get the wines to convey the essence of their terrain and variety to better effect. The storage tanks are made of concrete and ageing takes place in French, American and Central European oak barrels.

(The winery features in its logo a reproduction of the first written evidence of the word 'Rioja', found in a document dating back to 1293, at the Santa María de la Redonda Cathedral in Logroño.)