Summer Wine Fair. Up to 20% off!
Wineries/Monchiero Carbone

The Monchiero Carbone winery is located in Canale, in the centre of the village, in an old 19th century manor house, whose basement houses a large and fascinating historic cellar, untouched for over two centuries. The winery owes its name to the union of two families, thanks to the marriage of Marco Monchiero and Lucia Carbone, and the consequent union of the vineyards inherited by both. However, the origins and links with the winegrowing profession can be traced back to the members of the two families in the early twentieth century.

The founder of the Monchiero family was Clotilde Valente, who married Giovanni Raimondo, known as Giobbe, who had just returned from America, where he had spent the twelve years of his youth making his fortune. The outbreak of the Great War divided them almost immediately, leaving her alone, still without children, to manage their money and their future: in 1918 Clotilde decided to buy the vineyard in Mombirone, which she cultivated for the rest of her life, giving birth to the family's historic wine, Barbera d'Alba Mombirone. A small production, first sold loose and then bottled from the 1961 vintage, which has continued to this day, thanks to her grandsons Giovanni and Marco Monchiero who continued to make wine out of passion during the 1970s and 1980s.

At the beginning of the 20th century, the great-grandfather Enrico Carbone, known as Ricu, married the young Lucia Gioetti. Lucia, the daughter of the well-to-do sharecropper of the Count of Canale, brought along a superb aromatic bouquet and a good sum of money, which was used to purchase a piece of land on the Tanon (Tanùn) hill, where Ricu immediately wanted to plant an Arneis vineyard to produce that white wine kept sweet, according to the tastes of the time. The Tanon vineyard in turn passed into the hands of his grandfather Francesco Carbone, known as Cecu d'la Biunda, who was also an Arneis enthusiast.

It was 1987 when Marco Monchiero, an oenologist of national fame, and his wife Lucia Carbone decided to buy the large farmhouse in Via S. Stefano Roero: they had just returned to the village following the numerous work experiences that Marco had gained in important Italian wineries. Today Francesco, his son, active in the company since 1990, represents one of the most significant personalities of the Roero. Active around the world telling the story of the history and qualities of this Piedmontese territory, Francesco has breathed new life into the winery, starting from his own DNA: Barbera Mombirone and Roero Superiore. His passionate love for this unique territory led him to become the first president of the Roero Consortium in 2013.

Arneis entered the range in 1994, when this indigenous Piedmontese white wine was still little known. Over the years the winery has developed, thanks to the expansion of the winemaking cellar in 2004 and the acquisition of new vineyards, giving the utmost importance to the choice of the land, identified with extreme care, as it is recognised as the true architect of the quality of the wines. The estate has thus grown to its current 35 hectares. Among the most important acquisitions are the Printi vineyard, the Renesio vineyard, on the hill where the Arneis grape originated, and the Genestreto cru, in the municipality of Priocca: the plots owned by the family constitute the perfect catalogue of the main grand crus of the Roero.

This is especially to the advantage of Arneis, which over time has become the star of the Monchiero Carbone range. The winery produces two different expressions of it, from the most immediate, Recit, a fruity, floral and almondy white wine made only from steel, from grapes grown in Canale, Vezza d'Alba and Priocca, to the more complex, classic and multi-faceted Cecu d'la Biunda, dedicated to the grandfather Francesco ("Cecu"), son of grandmother Lucia ("la Biunda"), a great Arneis enthusiast and forerunner. 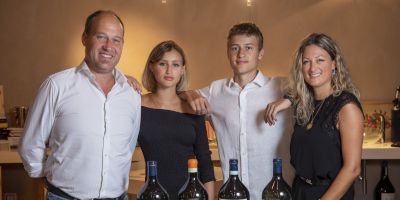 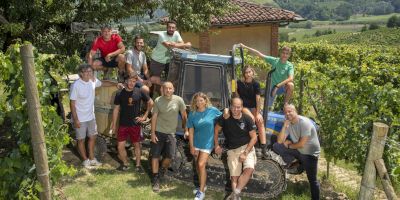