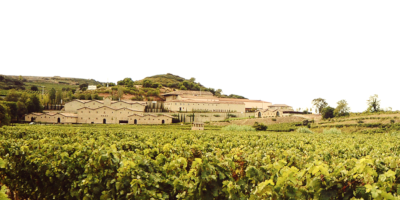 Marqués de Murrieta is one of the most historic Spanish wineries. Its origins date back to 1852 when Luciano de Murrieta started trading his wines in the New World. Today, 165 years later, the...

Marqués de Murrieta is one of the most historic Spanish wineries. Its origins date back to 1852 when Luciano de Murrieta started trading his wines in the New World. Today, 165 years later, the impressive Ygay estate seems untouched by the passage of time, but that couldn't be further from the truth. Nowadays, Vicente D. Cebrián-Sagarriga, the present Count of Creixell, manages the winery with his sister Cristina and a skilled young team which understands how to maintain the balance between tradition and modernity, placing Marqués de Murrieta in a privileged position among Rioja wines.

The singularity and quality of the Marqués de Murrieta wines lie to a great extent in the exclusiveness of the Finca Ygay, possessing a total of 300 hectares of vineyards, and located to the south of the Rioja Alta sub-zone. The Ygay Castle, the original winery, was erected in the middle of the 19th Century in the grounds of the actual estate, following the concept of the Bordeaux châteaux, and now forms part of a spectacular group of buildings, meticulously restored over a period of eight years. The new winery was inaugurated in the autumn of 2014 and has been much admired by all who visit, not just for its stunning architecture: Marqués de Murrieta is one of the oldest industrial buildings in Europe and houses some very valuable documents relating to the origins of Rioja wine, in addition to the most extensive private collection of historic bottles in the world.

In the Rías Baixas DO, the family has also owned since 1511 the Pazo de Barrantes estate, comprising a majestic building along with 12 hectares of vineyards growing Albariño grapes on the banks of the River Umia. Intended for limited production and premium quality, the winery is equipped with the best in modern technology and makes its Albariños with the spirit of the Rioja winery very much to the fore, continually monitoring vineyard management, pruning, the yields, and determining the prime time for harvesting. 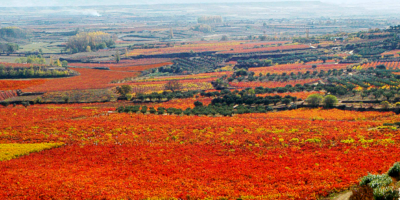