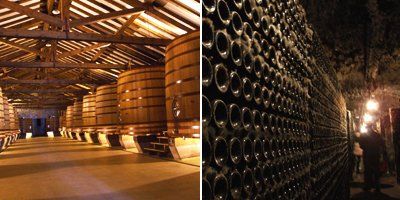 The Compañía Vinícola del Norte de España, CVNE —or 'Cune', as it's known locally in Haro— was founded in 1879 and was one of the first wineries in La Rioja to bottle wine. What started out...

The Compañía Vinícola del Norte de España, CVNE —or 'Cune', as it's known locally in Haro— was founded in 1879 and was one of the first wineries in La Rioja to bottle wine. What started out as the project of two brothers (Raimundo and Eusebio Real de Asúa) continues today in the hands of the same family (now the fifth generation) and comprises four wineries: CVNE, Imperial (an independent winery within the original CVNE winery), Viña Real and Viñedos del Contino. Throughout its extensive history, CVNE has always been characterised by its respect for tradition, subtly adapting it to modern times, becoming a genuine benchmark for Rioja wine enthusiasts all over the world.

After a mere six years in existence, CVNE began receiving awards at international competitions, and this served to give the winery an impetus. Thus, in the ensuing years, the legendary studio of Alexandre Gustave Eiffel designed what is known as the Eiffel Cellar, which houses the barrel collection and incorporated some truly revolutionary architecture for those times. In 1940, the company inaugurated Spain's first wine-making facility to be made of concrete, which still functions perfectly well today. Then in 1989, the El Pilar winery unit came into being, the first in Spain to operate by means of gravity, paving the way for many other wineries to follow, and with the clear intention of treating the grapes with the highest regard.

While the infrastructure was growing, so the awards kept on accruing, at such renowned venues as Antwerp and Bordeaux, and between 1915 and 1920 new brands started appearing such as Monopole (the oldest white wine brand in Spain) and Viña Real (elegant barrel-aged wines). In 1920 Imperial would make an appearance, unquestionably one of Spain's great classic reds, and 1973 saw one of the crowning moments in CVNE's history: the creation of Viñedos del Contino, the group's veritable château-winery. Back in 2013, the Imperial Gran Reserva 2004 was named best wine in the world by the prestigious American magazine, Wine Spectator, marking a milestone for Spanish wine. 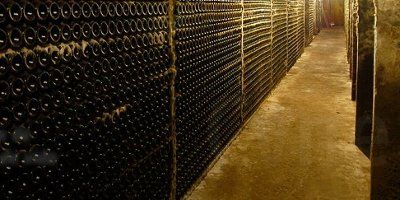