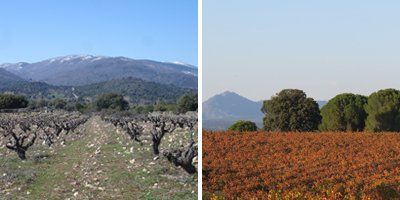 Bodegas Jiménez-Landi is a family-run enterprise which has arisen out of passion for the land and vines, and inherited the tradition both of former generations and also the actual area in which it is ...

Bodegas Jiménez-Landi is a family-run enterprise which has arisen out of passion for the land and vines, and inherited the tradition both of former generations and also the actual area in which it is located, Méntrida, a town near the Sierra de Gredos mountains whose wine-growing past dates back to the 12th Century.

The winery building is set inside an old manor house built in the 16th Century, within which they have managed to preserve a cave where their forebears used to make wine in old clay jars and nowadays serves the purpose of a bottle depository. The present winery was founded in 1963, dedicated to bulk wine production and small consignments of wine which they bottled under the brand name Bajondillo, but in 2004 a new era commenced, with the focus on producing fine wines.

These days José Benavides Jiménez-Landi runs the winery and works the vineyards he owns (situated in the localities of Méntrida and El Real de San Vicente) using organic (18 ha) and biodynamic (2 ha) farming methods, whilst adhering to a low-intervention philosophy which prioritises manual work above machinery. For ageing, José and his team use large-volume containers and lightly toasted oak with the same aim: to respect and preserve the wine's identity to the maximum.

Jiménez-Landi currently makes five wines, mainly from the native Garnacha, but also including some Syrah and Cabernet Sauvignon, two varieties which have proved their ability to adapt perfectly to the local area. Production has been separated into two lines which correspond to the concept of parcel wine and village wine. In the first, Sotorrondero, Ataulfos and The End are fresh, elegant wines and a true interpretation of their location. Bajondillo and Piélago, the village wines, are a clear example of the typicity of Méntrida, with its lusher and more Mediterranean profile, and that of El Real de San Vicente, with a more Atlantic character, resulting from the vineyards' altitude and its more Continental climate.

Jimenez-Landi is a member of the Asociación Garnachas de Gredos, an initiative which supports the singularity of the wines and the Garnacha in the Gredos vicinity, and claims recognition for a denomination of its own. Also belonging to this Association are Alfredo Maestro, 4 Monos Viticultores and Bodegas Maldivinas, Daniel Landi Viticultor, Canopy, Comando G, among others. 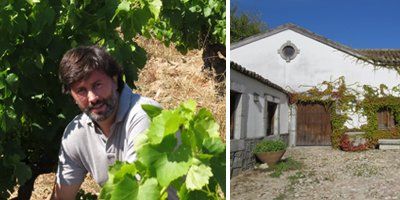