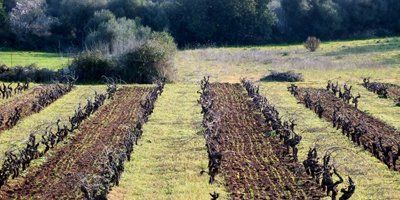 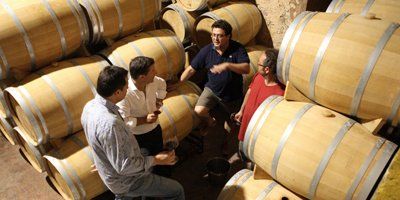 The Ànima Negra story began by chance, like many other stories do, when three Majorcan friends, Francesc Grimalt, Pere Obrador and Miguel Ángel Cerdà came up with the idea of making a wine from native grape varieties found growing in the surrounding countryside.

It happened not so long ago (in about 1994), but thanks to the great enthusiasm they felt for this project and the excellent results obtained right from the start, it can now be truthfully said that their winery has become a definite benchmark, as far as signature wines (vinos de autor) are concerned, on the national wine-producing scene.

From the beginning, and contrary to the general trend, they backed native varietals like callet, fogoneu and mantonegro, at a time when the vast majority of the island's wineries were opting for a far less risky choice, such as cabernet sauvignon.

One of the keys to the project's success has undoubtedly been their determination to select only the best grapes. However, this has involved purchasing very small amounts of specific parcels from a large number of local farmers. The other key to overall success has been their ability to adapt wine-making processes in the bodega intelligently, so as to suit the specific characteristics of the grapes they work with, and therefore they carry out long macerations, deep extractions and vinification with considerable oxygenation.

This has resulted in immensely individual wines, both complex and elegant, which have now found fame far beyond our shores and delight consumers everywhere.