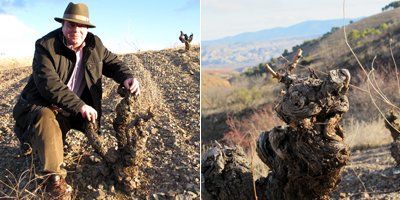 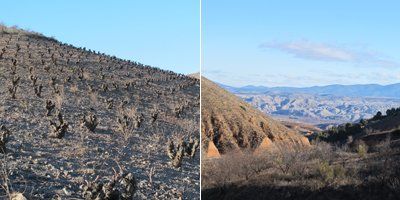 Jorge Ordóñez was a pioneer in introducing Grenache wines to the USA in the 1990s when, despite Grenache being the most commonly cultivated variety in Spain, most of the Spanish red wines in the American market were Tempranillo ones. Jorge recognized the quality of old Grenache vineyards and started exporting their sensational wines to the USA.

Bodegas Breca was founded in 2010 with the aim of producing fine Grenache wines in Aragon, using the oldest and least genetically changed clone of this grape variety in the world. Grenache vines were first cultivated in this part of north-eastern Spain before spreading around the Mediterranean thanks to the presence of the wide-reaching mediaeval Crown of Aragon. These ancient Grenache clones have a long growth cycle and, as a result, ripen very late.

The D.O. Calatayud appellation has an ideal terroir for this late-ripening Grenache. Its high altitudes, old soils, and severe climate come together to create a unique mesoclimate. Being high up in the mountains, there are great differences in temperature between night and day: the heat of summer days encourages the grapes to ripen completely, while the cold nights create a high level of acidity in the fruit. These conditions produce exceptionally balanced wines like the ones created by Bodegas Breca.