Dom Pérignon is not just the most prestigious champagne in the world, but also an icon of luxury and...

Dom Pérignon is not just the most prestigious champagne in the world, but also an icon of luxury and elegance, a legend which has delighted faithful devotees throughout its long history. Although it was not released for sale until 1936, it was created in 1921 by Moët & Chandon. Its name is a homage to the Benedictine monk, Dom Pierre Pérignon, from the Hautvillers Abbey who is said to have designed the first champagne-making methods in the 17th century by using a second fermentation in the bottle.

Dom Pérignon is a vintage champagne produced with the best grapes from a single year and only when the harvest is an excellent one. It is aged for a long time and is only released onto the market between eight and ten years after the harvest.

The finished result is a champagne blending the depth of Pinot Noir and the harmony of Chardonnay in a miraculous equilibrium. A light golden yellow colour with fine and abundant bubbles, the first aromas in the nose are of fresh almonds and grapefruit, followed by hints of white flowers, stone fruit, mint, and spices such as anise. Finally, notes of spices, wood, and toast come to the front. On the palate its sharp profile prevails over its warmth, to provide a surprisingly integrated acidity and a stunning aromatic and smoky persistence.

A great vintage for this classic! Very clear and precise mouth feel, the usual powerhouse on the palate and a great flavour cocktail of apple, apricot, pineapple and some discrete pencil shavings and chalky mineral touches. Enjoy it slowly: it grows with every sip! 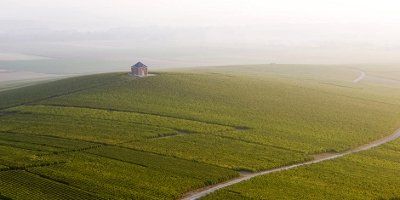 One of the world's most influential, successful and glamorous Champagne producers. Moët & Chandon's history began in 1743 when Claude Moët, a wine merchant in Épernay, founded the Maison Moët. In 1833, the winery took the name of Moët et Chandon when Pierre-Gabriel Chandon entered the management team. He was the son-in-law of Jean-Rémy Moët, who was then the company's director. Jean-Rémy was the founder's grandson and a great original-thinking entrepreneur who started the ...