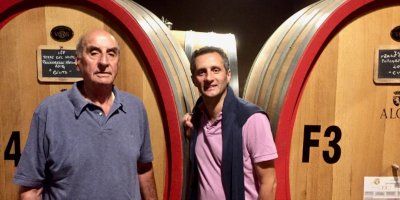 A historical family from the territory, dedicated to artistic silk from San Leucio. A very strong wine-making identity which has also been vigorously recovered. These are the ingredients of the advent...

A historical family from the territory, dedicated to artistic silk from San Leucio. A very strong wine-making identity which has also been vigorously recovered. These are the ingredients of the adventure of the Alois, northern Campania, in the province of Caserta which is the homeland, in addition to classic mozzarella, of ancient vines waiting to be rediscovered. From the slopes of the Caiatini Mountains, in a Bourbon rural house, the Alois family has looked to the Pontelatone district, but also to the entire hilly volcanic territory of Matese and Roccamonfina, as an endless wine heritage.

The principle is simple: given the same quality standards of the great classics of Campania, from Fiano to Greco, from Falanghina to Aglianico, to enhance at the highest level the varietal Caserta natives. Pontelatone, the nerve centre of local wine, is the home of Casavecchia. A red vine with a mighty structure and a slightly rustic body, that the skilful use of oak exalts in a scratchy texture, of great but harmonious acidity. And the persistent Trebulanum, not surprisingly, is the great family wine.

If Alois is a revelation, the revelation of the revelation has been, in the most recent wine making of late, the Pallagrello. The white is a Mediterranean and very mineral Caiatì, inebriating with chalkiness and a spicy bouquet. It’s also magnificent on the palate, fresh and mellow, with a touch of wood that enriches the character. The red, Cunto, is the true champion. Vigorous and structured, soft, intriguing, after a year of barrique convinces both the austere taster - the lover of mineral and original rusticity of the native vine -, and the international wine lover, who is passionate about the maturity of refined wine. 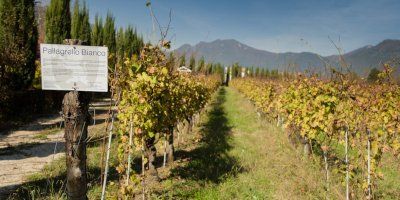