Founded in 1864 by Eloy Lecanda and run today by the Álvarez family, Vega Sicilia is the most emblematic winery in Spain. It is in fact one of the oldest in Spain and undoubtedly one of the best in the world.

Located in Valbuena de Duero, its name comes from ‘vega’, the Spanish word to describe the low-lying fertile land beside the Duero River, and a phonetic deformation of Cecilia, as the estate was originally known as Coto de Santa Cecilia.

Ever since the production of their two first great wines Único and Valbuena in 1915, Vega Sicilia has offered an exclusive, and difficult to join, list of clients the chance to try top-class, elegant wines with a unique personality. Wines created in the style of classic wines and aged for a long time. Although production techniques and their range of wines has modernized over the years, they have maintained their excellent reputation and wonderful capacity for laying down. Vega Sicilia wines share the unmistakable character of DO Ribera del Duero wines, a structure on a par with great wines from Bordeaux and an aromatic richness comparable to the poetry of the most exquisite Burgundy wines.

The philosophy behind the work of the Vega Sicilia winery is that the best wine is the one still to be made. Year after year, they strive to obtain the best results from their grapes and the soils of their vineyards, to develop excellent wines which are left to age until they are sufficiently mature to be fully enjoyed. Time is everything and each wine is released only when it is ready, taking into account the wine’s progress rather than a simple chronology of yearly harvests. At Vega Sicilia they are committed to achieving the best results and if one harvest does not match their high standards of quality, that vintage is not produced.

Since coming under the ownership of the Álvarez family in 1982, the Vega Sicilia winery has seen modernizations and if anything it has become even more demanding regarding the levels of quality in its wine production. Pablo Álvarez, managing director of the winery, was 28 years old when his father, David Álvarez, bought the company back in 1982. In fact, David did not intend to actually buy the firm for the family, he was merely operating as an intermediary for the Neumann family who were aiming to purchase it. The deal did not come off and the vineyards and winery became Álvarez property. Three years later, David appointed his son Pablo, who had no experience in the world of wine at that moment, to run it. What appeared to be a risky decision has proven to be the right one. Vega Sicilia has not only maintained but gained prestige in leaps and bounds to reach levels hard to believe back then.

At present the parent company Tempos Vega Sicilia runs four more wineries as well as the original Vega Sicilia one: Alión, also in Ribera del Duero; Pintia, in the nearby DO Toro appellation; Macán in DOC Rioja; and  Tokaj-Oremus in Hungary where they produce some of the best sweet wines in the world. Mariano García was the firm’s oenologist from 1985 to 1998 before handing the role over to Xavier Ausàs, in charge of winemaking until 2015. Since then, Gonzalo Iturriaga de Juan has been the winery’s technical director.

Vines are at the centre of their activities at Vega Sicilia. Everything starts here, including the quality and profiles of their wines. They have 201 hectares of vineyards planted with Tempranillo (80%), Cabernet Sauvignon and Merlot. 140 of the 210 hectares are used for producing Vega Sicilia Valbuena 5º año, Vega Sicilia Único and Vega Sicilia Único Reserva Especial, with the rest being devoted to Alión. The vines are divided into 52 different vinification units depending on the grape variety, the age of the vines, and the 19 different soil types they have classified. The average age of the vines is 35 years old with new plants being produced from their own oldest vines to preserve the natural heritage of the winery. Each vine is cultivated with an area of 3 x 1.5m, meaning there are 2,222 vines in every hectare. Production ranges from 1 to 1.5kg of grapes per plant. The limestone-based soils, and typical continental climate enjoyed in Ribera del Duero (low rainfall, strong sunlight, and significant day/night temperature differences) together with the wisdom and knowledge the firm’s  experts have gained over the years all come together to produce an excellent crop of top-quality grapes.

The Bodegas Vega Sicilia winery currently produces three wines. Valbuena 5º (fifth year) may be their cheapest wine (between €100 and €130 depending on the vintage) but it is still a top quality one. Vega Sicilia Único costs between €300 and €400, whereas the top-of-the-range Vega Sicilia Único Reserva Especial sells for a price between €375 and €425.

Valbuena 5º is the purest expression of Tinto Fino (Tempranillo) in Vega Sicilia, the dominant grape in the blend. The other ingredient is Merlot, whose percentage varies depending on the year. The Tempranillo grapes are grown on gentle slopes composed of colluvial soils accumulated from processes of erosion to create deep chalky limestone-based lower lands. Valbuena 5º offers a direct and clear vision of this terroir, using the same production methods year in year out so that it is the changing climate which creates differences in the wines with each harvest. Following a fermentation with native yeast, the wine is aged for five years in wood and bottles, a method which gives it its name.

The Vega Sicilia Único wine is the reference wine for the firm, a wine bringing together in perfect unison the qualities of Tempranillo and Cabernet Sauvignon in different proportions. Vines are cultivated in soils whose surface covering is made up of fine colluvial deposits and small limestone fragments but with plentiful quartzite gravel and sand deeper down. The wine is fermented in wood with native yeast at controlled temperatures and also undergoes a malolactic fermentation in wood. It is then left to age for almost ten years in wood and bottles, in what may well be the longest ageing period of any red wine in the world. Vega Sicilia Único is faithful to a clear and well-defined style, with its inimitable character; elegance, firmness, ageing capacity... A unique and timeless taste which has placed the wine among the aristocracy of the great classic red wines in the world.

Vega Sicilia Único Reserva Especial does not bear a vintage on its label, following an old Spanish tradition which the winery wishes to maintain – finding a balance between vintages to produce top wines. In the past, the few Spanish cellars with their own bottling process would traditionally produce two kinds of wines each year; a vintage from that specific harvest, and another wine without a vintage which  was produced with a blend of the wines from their best harvests to create their most representative wine known as a "Reserva Especial". Bringing together the splendid complexity of Vega Sicilia Único wines from different years, the Vega Sicilia Único Reserva Especial shows us the true personality of the winery and offers a fascinating range of aromas; pure elegance flowing from the magic of a mythical wine.

Vega Sicilia wines are the results of different harvests, qualities, feelings, and experiences which have shaped the veritable essence of their own unrepeatable and unique style, the Vega Sicilia style. Mature and concentrated wines, but also elegant and refined ones, with depth and balance like no other. 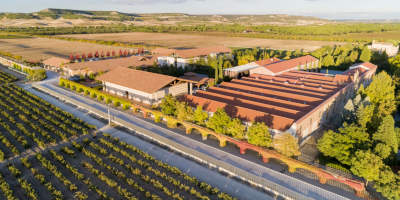 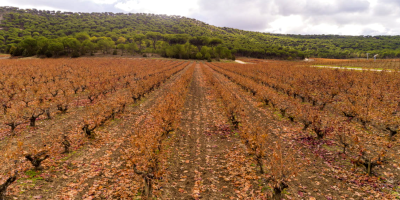