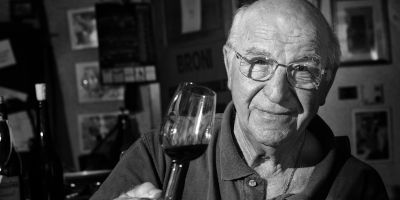 Lino Maga is the man who, more than anyone else, has fought to ensure that the fantastic hills of the Oltrepò Pavese would be given their just dignity, even in the most difficult...

Lino Maga is the man who, more than anyone else, has fought to ensure that the fantastic hills of the Oltrepò Pavese would be given their just dignity, even in the most difficult years when quantity and intensive agriculture reigned supreme. A man to whom the land owes everything, and who owes everything to the land of Lombardy. Long ignored, except by early experts and friends such as Luigi Veronelli and Gianni Brera, today Lino Maga is a living legend of Italian wine. The winery was founded in 1896, when Lino's ancestors named the family vineyard and an entire hillside after his uncle Carlo, known as Barbacarlo in the Pavese dialect.

Barbacarlo is not just any vineyard: with vines over eighty years old - and Lino has over eighty harvests behind him! - Barbacarlo is a legendary plot for the Oltrepò, 4 hectares of tufa on the heights of Broni. 300 metres above sea level and slopes of up to 70%. A vineyard that Lino has always respected as an ancestral gift, refusing the use of any synthetic product, as is also the case in the cellar. At a time when in Italy it was still unheard of to speak of crus, Lino wanted Barbacarlo to be granted the status of historic vineyard within the Oltrepò Pavese DOC. This recognition is still awaiting, and for this reason Lino remains outside the denomination.

Croatina, Uva Rara and Vespolina are the protagonists of Barbacarlo and, in general, of the entire Oltrepò area. Rustic but territorial red grapes, which Lino interprets with a stubborn, resistant style, absolutely contrary to any official approval, in total respect of the vintage trend. Barbacarlo is indeed known precisely because structure, bouquet and even the presence or absence of carbon dioxide and residual sugar vary according to the vintage. Every vintage, or rather almost every bottle, is a new and surprising story. The extraordinary ones, the mediocre ones, which Lino doesn't even bottle, and the so-so ones, like the 2014, which Maga produces but warns on the label not to expect much.

No clarification, no filtration, just natural fermentation and indigenous yeasts. Barbacarlo is, like its little brother Montebuono - another slightly smaller cru from Broni - an incredible wine, also for its longevity, up to and beyond 30 years. Incredibly generous in tasting, Lino usually offers spectacular vertical tastings of his grand cru, which fearlessly go back as far as the 1980s. In the cellar, fermentation takes place in oak and chestnut vats, preserved and handed down like a shrine, and the wine is often bottled between April and May, when it is still “alive”, with fermentation only “dormant”.

Unpredictable wines? Certainly, but never disappointing. At the table, Barbacarlo is an absolutely versatile wine, a true peasant and aristocratic meal wine at the same time. Artisanal and artistic. There is the sumptuous, full-bodied, fruity, firm, opulent vintage. And there is the drinkable, snappy vintage, perhaps with some cheeky and tasty bubbles and a residual sugar that can be clearly perceived. Allergic to marketing and bureaucracy, Lino responds only to the land and its rules.

Only when we understand that the land is our mother, with her fruits, and distinguishing productions, will we give the area a driving force and image. Only then will the Oltrepò Pavese flourish. (Lino Maga) 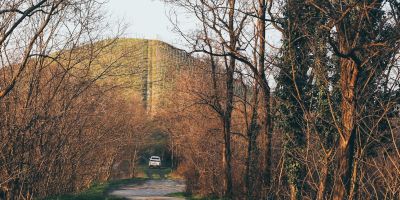